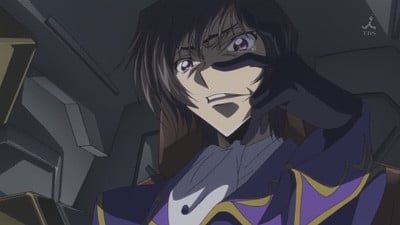 The Taste of Humiliation

The battle for Japan gets underway, and it does not start out well for the Black Knights. Luciano and Bismark decimate their ranks, with only Li Xingke to keep them at bay. Suzaku and Lelouch meet to discuss Nunnally. After some initial animosity, Lelouch manages to win Suzaku over. However, Schneizel has his personal guard arrest Lelouch, making Lelouch believe Suzaku has betrayed him. Schneizel and Lelouch have a private chat, and Lelouch is rescued by none other than Guilford, having used his Geass on Guilford beforehand to make him believe he is Cornelia. Using the Gefjun Disturber train network, Lelouch shuts down the Tokyo Settlement. At the same time, his reinforcements emerge from the ocean, ready to take advantage of the opportunity. Meanwhile, the Emperor is preparing for Ragnarök. 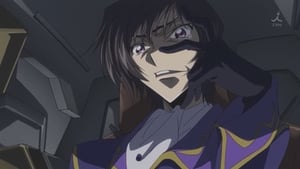