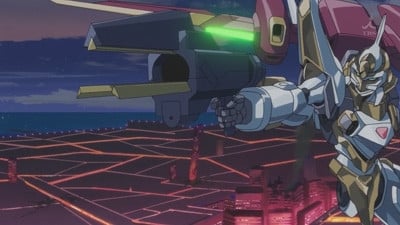 With the power disrupted, the Black Knights begin their assault on the Tokyo Settlement. Suzaku threatens to use the F.L.E.I.J.A. bomb, but Lelouch, having completely lost his trust in Suzaku, calls his bluff. Jeremiah and Guilford engage Suzaku, but Gino and Anya join the fray to even the odds. Sayoko frees Kallen while Rolo attempts to locate Nunnally, secretly intending to kill her. Lelouch is nearly killed by Luciano and his Valkyrie Squadron, until Kallen arrives in the upgraded Guren Seiten Eight Elements-Type. Meanwhile, the Emperor enters Area 11, and Cornelia escapes confinement. Using the new Knightmare’s overwhelming speed and power, Kallen kills Luciano and severely cripples the Lancelot. On the verge of death, Suzaku’s Geass command activates and compels him to fire the F.L.E.I.J.A. Unfortunately, the bomb detonates over the government complex, obliterating a massive section of the settlement. Lelouch has a nervous breakdown when Rolo tells him Nunnally is killed in the explosion. 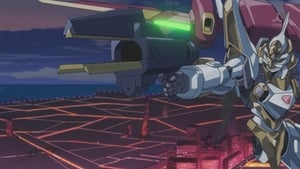