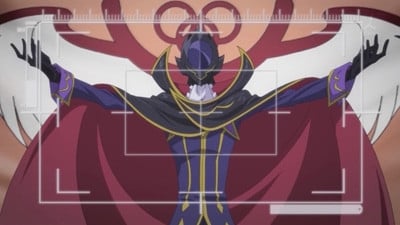 Lelouch directs the Black Knights in a counterattack against the Britannian forces and recalls how he came to forget his past: after Suzaku arrested him and brought him back to Britannia a year ago, the Emperor used his Geass to implant false memories in Lelouch’s mind. The new Knightmare Frame prototype Vincent arrives and wreaks havoc on the Black Knights. They collapse Babel Tower to retreat, simultaneously dropping it on Viceroy Carares and creating a road straight to the Chinese Federation Consulate, where the Black Knights escape to. Zero broadcasts his plan to recreate the United State of Japan. The Britannian military retreats, but the pilot of the Vincent, Rolo, is not so easily swayed. After arriving at the consul grounds, he confronts Li Xingke, revealing that he too possesses the power of Geass. 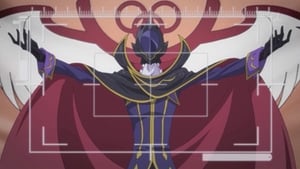