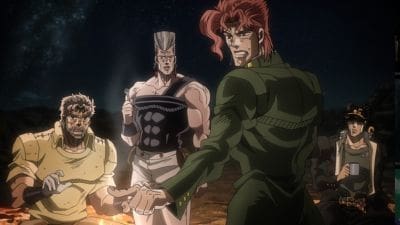 Kakyoin tries to convince the others that the baby is suspicious, but that backfires and his friends start to doubt his sanity. Kakyoin then tries to convince them that he’s not crazy, and shows them his arm that has “Baby Stand” carved into it… but that just makes them believe he really is crazy. Kakyoin then tries to use his Stand to attack, but is knocked out by Polnareff. Eventually, Jotaro and the others wake up in the nightmare and the truth finally comes out. 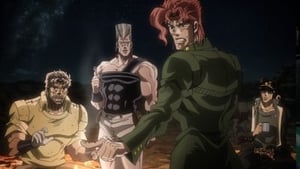