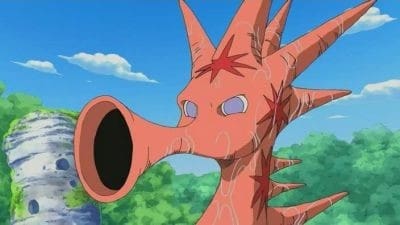 Luffy Is the Enemy! The Ultimate Zombie vs. The Straw Hat Crew

As Abalsom makes another attempt to finalize his marriage to Nami, the other Straw Hats are fretting over Oars hunting them all down. Oars assumes he is kill the Straw Hats and attacks Sanji upon identifying him from his badly drawn wanted poster. While Oars lacks any Devil Fruit power, he is able to use Luffy’s attacks to smack Sanji into a building. Oars was about to crush Sanji when Usopp used his Fire Star to set the zombie’s head on fire, only to provoke him as Zoro and Franky attempt to fight him. But Oars is too fast and overpowers everyone before destroying bridge where Usopp, Chopper, and Robin were standing. As a wounded Usopp cursed “Luffy” while lying on the ground below alongside his teammates, Oars stood over the seemingly defeated Straw Hats while proclaiming that he is a servant of Moriah. Elsewhere, Luffy’s continued pursuit of Moria leads him out of the manor and into the forest. 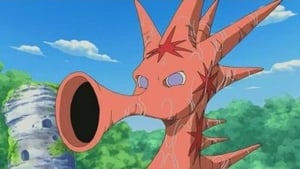