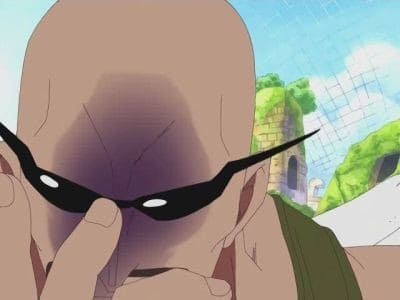 As Sanji takes over fighting Jabra, Nami drags Usopp from the fight to go after Robin. But while Nami intended to go down stairs, Usopp has a better idea. Meanwhile, Sanji starts exchanging blows with Jabra, who sends him flying into the hallway. Continuing their fight there, Jabra attempts to trick Sanji into lowering his guard by offering him his key with a made-up story of being Robin’s long-lost brother. But Sanji sees through the trick and kicks Jabra before getting the key as he eventually overwhelmed by Jabra going all out by revealing he is the only CP9 operative who can move after using the Iron Body skill. But Sanji responded by making his foot red hot to unveil his newest technique: Diable Jambe, whose intense heat bypasses Jabra’s defenses and leads to his defeat in a fierce mid-air final clash. 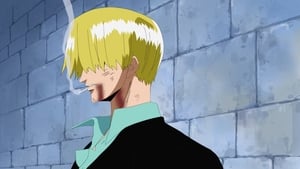 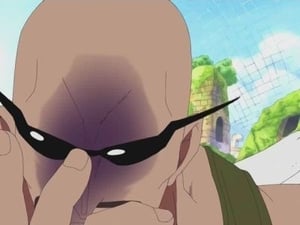