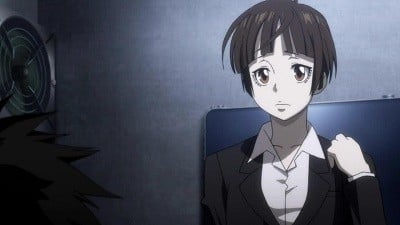 Invitation From the Abyss

Ginoza meets up with the head of the Public Security Bureau about Makishima, who confidentially reveals to him about the real culprit of the Specimen Case, Touma Kouzoburou, three years ago who happens to be “criminally asymptomatic” just like Makishima. She urges him to keep any doubts away from the public eye and orders him to capture Makishima. Following Yuki’s funeral, Akane agrees to undergo a ‘Memory Scoop’ to provide a photofit of Makishima based on her memories of the incident, despite warnings from others that it may damage her Psycho-Pass. Despite reliving the traumatizing memory, the Memory Scoop is successfully completed without her Psycho-Pass reaching into dangerous levels, providing a photofit image of Makishima to aid in the investigation. Later, Ginoza discusses with Masaoka, who is actually his father, about how Akane manages to keep her Psycho-Pass from becoming unclouded. 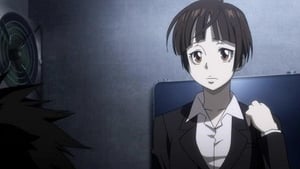