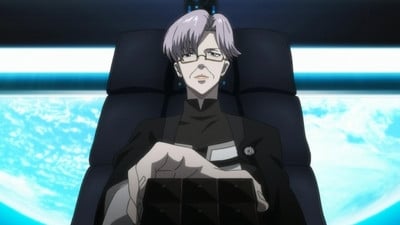 After Makishima is taken in and the riots are brought under control, Kogami remains curious about how Makishima will be judged, as well as the whereabouts of Shuusei. Later that day, Kasei tells Ginoza that Makishima’s case has been taken out of the MWPSB’s hands and orders him to investigate Shuusei’s whereabouts, much to the ire of both Ginoza and Kogami. Later, Makishima is confronted by Kasei who reveals herself as Kouzoborou and shares a cybernetic body with Kasei. He explains to Makishima about the true nature of the Sybil System, which is revealed to be a supercomputer network comprised of human brains of criminally asymptomatic individuals like him. Kouzoborou offers Makishima to become a part of the System. But he refuses and instead kills Kouzaborou and escapes from the transit which is supposed to take him to the Ministry of Welfare before briefly contacting Kogami about his escape. 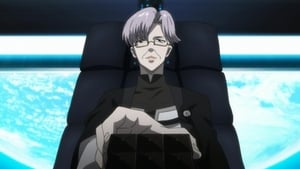