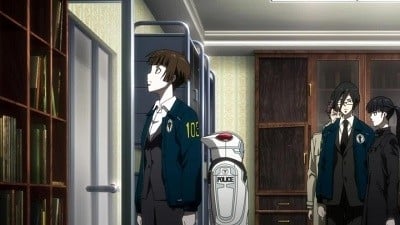 Where Justice is Found

The Sibyl System reveals itself to Akane and notes that she understands the necessity of the system, if not its justifiability. Makishima finds the professor who is responsible for the hyper-oats and murders him after finding the information he seeks, taking along the man’s fingers and eyeballs as a measure against biometric security. Kogami arrives on the scene not long after and leaves a clue for the MWSPB in the man’s airpipe. Meanwhile, Akane makes a deal with Sibyl: if the System withdraws the execution order for Kogami, she will capture Makishima alive. Thanks to her detective work, they quickly find Kogami’s clue and understand what Makishima’s up to. 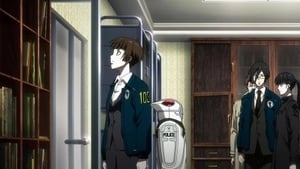