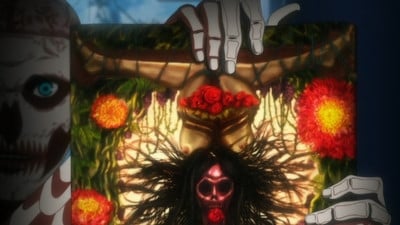 The Rest, Is Silence

With his profiling skills, Kogami determines that the girls’ school killer isn’t the same murderer from the unsolved case years ago; he explains that the recent murders lack “originality” and pointed social commentary of the previous killings. When he and Tsunemori realize the culprit is one of the students, they locate Rikako – who escapes when one of teachers stops Kogami from executing her. As the Enforcers try to locate her secret routes and hiding places, Rikako flees – but not before everyone discovers her latest creation. Makishima calls Rikako to tell her that she’s a disappointment and has one of his colleagues dispose her. In the meantime, Kogami picks up a damaged audio file which was deliberately left by Makishima. Due to Rikako’s failure, Makishima develops an interest in Kogami. 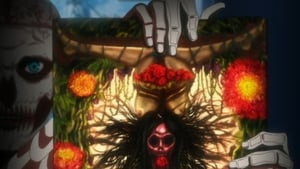