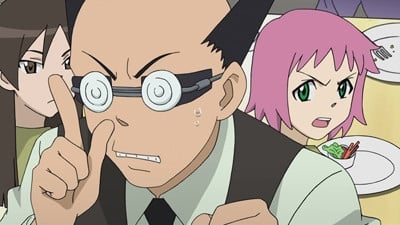 Arachne is convinced that “Brew” is defunct, when it is actually functional and in Medusa’s hands. Meanwhile at Shibusen, everyone assigned on the “Brew” mission is depressed about their defeat against Arachnophobia, except Kid, who ponders about Eibon and Shinigami’s association with him. He even confronts Stein and interrogates him about what “Brew” is and why Shinigami sought to possess it. Maka questions her ability of using ‘Demon Hunter’ while fighting Mosquito and talks to Shinigami about it. Determined to use ‘Demon Hunter’ again, Maka and Soul make an attempt, but they fail to do so. At the end of the day, a man named Joe Buttataki arrives at Death City at Shinigami’s request. 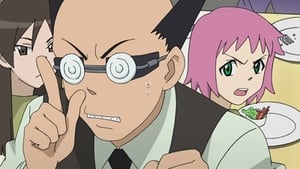